A recent randomized, double-blind, placebo control trial published in the Scandinavian Journal of Psychology found that vitamin D levels may play a crucial role in the mental health and cognitive function of young individuals.

Due to the presence of vitamin D receptors on the brain, researchers believe that vitamin D plays a role in cognitive function, mental health and brain development. The majority of research devoted to this topic is focused on adult and elderly brain function, with limited efforts directed towards the exploration of vitamin D on adolescent cognition.

During adolescence, many physiological changes take place, including major hormonal shifts and brain development. Researchers often associate these changes with significant mood changes and problematic behavior, as well as the further development of executive functioning. Executive functioning is characterized by strategic and analytical thought, planning and decision making.

Researchers from this study evaluated the relationship between vitamin D supplementation and executive functioning among 50 adolescents between the ages of 13-14 over the span of about 5-6 months. The participants were divided into two groups: a vitamin D group who received 1,520 IU of vitamin D per day and a placebo group who received a daily dummy pill. Pre-and post-intervention blood draws were taken from all of the adolescents. All the the participants completed two test of executive function before and after the study.

This is what the researchers found after analysis: 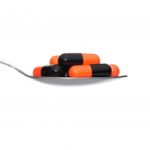 Overall, the researchers concluded that those in the vitamin D intervention group experienced improved executive functioning compared to the placebo group. These findings support the theory that vitamin D plays a role in the cognitive function and potentially the development of more intelligent adolescent individuals.

The strength of this study design further solidified the legitimacy of these findings. In addition, nearly all of the participants were deficient at baseline, and supplementation was administered daily rather than weekly or monthly.  However, the study was limited by its small sample size and short intervention. The researchers also noted that it would be important to explore the effects of different doses of vitamin D compared between adolescent groups.

Future studies should investigate the use of higher vitamin D doses to determine whether more significant effects on adolescent cognition occur. Remember, for children, we recommend 1,000 IU per 25 lbs of body weight, and for adults, 5,000-10,000 IU of vitamin D3 daily.