This Common Food Additive Should Be Avoided

Sodium Glutamate E621 is a common additive found in almost all manufactured foods. There’s almost no restaurant in the world that doesn’t use this taste enhancer. It’s one of the most harmful substances we consume every day, without even realising it!

Do you know what E621 or sodium glutamate is? Have you ever heard about this substance? You’d be surprised to find out that you’re consuming it on a daily basis and it’s wreaking havoc on your body!

Chinese Restaurant Syndrome and Side Effects

A fact worth mentioning is that over 200 thousand tons of this additive are used annually in the world. The common symptoms of E621 overdose include dizziness, migraine, visual disturbances, hormonal imbalance, nausea, weakness, dizziness, chest pain, and more. It’s also known as Chinese restaurant syndrome. 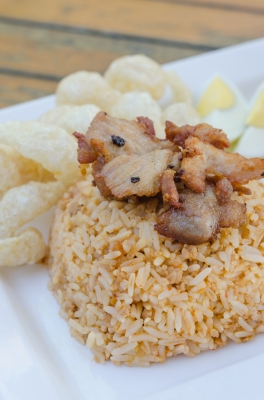 tamate E621 comes in the form of white crystalline powder, and it’s very similar to salt and sugar. It can also be found in liquid form. It has the taste of meat soup and can be added to any food to enhance the flavor. Sodium glutamate intake causes increased cravings, and leads to overeating and obesity.

It stimulates the brain cells in much the same way as drugs do thus creating a feeling of addiction. It’s easily absorbed in the blood and brain causing a change in the genes in charge of the sense of taste.

As we already mentioned, this food additive is used in many popular food products including all sausages, hot dogs, chips, prepared soups, canned food, beer and many more. The allowed daily dose for adults is 1.5 grams, and for children less than half a gram.

It was first discovered in 1907 in Japan by scientist Ikeda Kikunae, who found that the substance improves the taste of food, especially the taste and aroma of canned, fast and frozen food.

This common food additive has gained a lot of popularity over the years and today it accounts for great sales of food in America.

Even though it improves the taste and aroma of food products, sodium glutamate also brings on numerous side effects. For one thing it affects the receptors of your tongue making food tastier than it actually is. That’s why it makes people addicted to processed food like chips, sweets, ready-made meals and more.

E621 is extremely beneficial for food manufacturers because it not only reduces the cost of production, but also increases sales of the products. So, the next time you buy food, check for the ingredients and avoid products that contain E621. It’s much better to avoid this substance entirely and use natural spice to flavor your food.